From Wikimedia Australia
< 2010-2011 AGM
Revision as of 11:15, 19 September 2010 by Sarah (talk | contribs) (Created page with 'Welcome to the third annual secretary report. This year has certainly been a difficult year for the chapter and the committee in particular. In May the committee accepted Brianna...')
(diff) ← Older revision | Latest revision (diff) | Newer revision → (diff)
Jump to navigation Jump to search 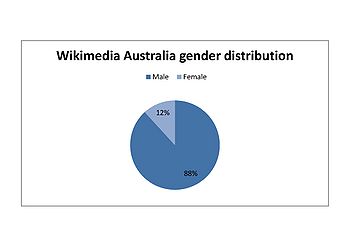 The committee is losing two-thirds of its membership this year. Steve, Brian, Liam, and, of course, Brianna, all leave their seats on the committee this year. Liam has served as Vice President for the last two years and we wish him well as he continues his work with the GLAM sector. Steve joined the chapter prior to GLAM-wiki last week and was elected to the committee this year as treasurer, and moved to the seat of president vacated by Brianna in May. Brian was a member of the original organising team, became the public officer in the interim committee's year, was elected treasurer last year, then elected as an ordinary member this term but re-assumed the role of treasurer when Steve vacated it to take over as president following Brianna's resignation. As a founding member and a very important part of the chapter's founding, Brian will be missed on the committee, but he will continue as a member and as the chapter's public officer.