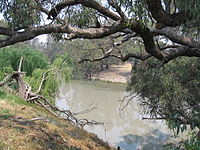 how to interact with wikipedia tutorials

I wonder if anyone else feels that there may be mileage in WMAU volunteers sticking their hands up to offer tutorial / advice / presentations to people who may want to know more about how to best interact with wikipedia / wmf in general - particularly in regard to contributing to 'their' article / their company's article etc. etc. - I have vague recollections that such schemes have been active elsewhere... I'll see if I can find out where, and whether or not there's any materials available, but in short I think it might be a really effective form of outreach - thoughts? Privatemusings 14:09, 14 September 2010 (EST)

Retrieved from "https://wikimedia.org.au/w/index.php?title=Billabong&oldid=2997"
Discuss this page