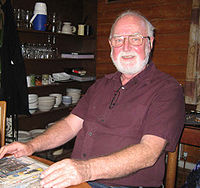 I, Brian Salter-Duke, have been editing wikipedia for quite a time, and turning up at meetups in Melbourne when I could. I have been involved with Wikimedia Australia Inc. since it started.

Retrieved from "https://wikimedia.org.au/w/index.php?title=User:Bduke&oldid=6531"
Discuss this page