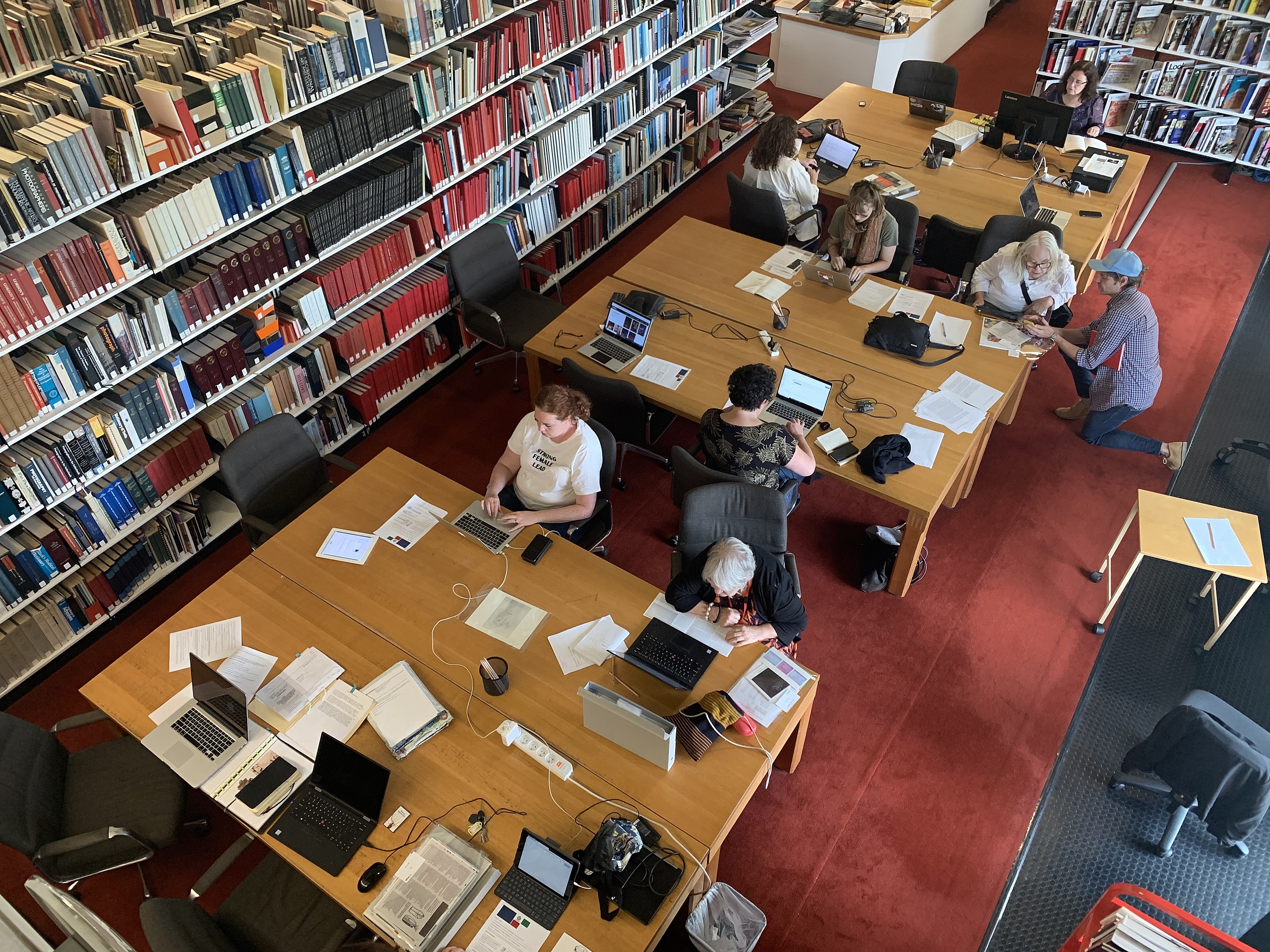 It’s no secret Wikipedia has a gender imbalance. As of July 2021, only 19% of the 1.8 million biographical articles on English Wikipedia were about women.

The situation is even worse for women artists, as the National Gallery of Australia discovered. It established a new gender equity initiative called Know My Name, after an audit found only 25% of its collection of Australian art was created by women.

Committing to change, the Gallery has since announced new Guiding Principles for gender equity that will ensure long term change across the organisation, and has launched an extensive program of activities including two consecutive large-scale exhibitions Know My Name: Australian Women Artists 1900 to Now, featuring work by over 230 Australian women artists.

A search for these artists on Wikipedia however revealed there was little information available. To counter this, the National Galley and Wikimedia Australia formed a partnership to improve the number of articles on women (cis and trans) artists on Wikipedia.

They set a goal of creating 100 new pages on Australian women artists.

Social historian Linda Pascal had been volunteering at the National Gallery’s Research Library and Archives when she heard about Know My Name, and asked if she could be involved. She had never edited Wikipedia before.

She maintained a list of the artists in the exhibition, and noted whether their Wikipedia articles needed improvement, or if they existed at all. An overall estimate suggested that just 12% of women artists in the National Gallery’s collection had a page on English Wikipedia.

With the list ready to go, on International Women’s Day in March 2020 an edit-a-thon was held in the Gallery’s Research Library and Archives, the first time a public event had ever been held there. Around 20 participants received some basic Wikipedia training and explored the gallery's collections of ephemera, such as exhibition catalogues, to use as sources on new articles.

“It was huge. Together we held six events in six cities over one weekend all run by Australia’s prolific network of women Wikipedians. They made the whole thing possible,” she said.

“They were just so inspiring, and they used their own professional background to research women and put their stories on Wikipedia. That was the highlight of the training”, Pascal added. “What I love doing is researching people and their life, and learning how to write Wikipedia articles has been fantastic.”

Then, as Australia went into lockdown last year due to COVID-19, the editors began meeting online, working from digitised items in the National Gallery’s collection, as well as resources like Trove and the Internet Archive. This revealed an overall lack of source materials about women and marginalised groups.

“First Nations women are really hard to get information on because they are a group who aren’t often written about,” Pascal said.

Know My Name edit-a-thon at the National Gallery of Australia, Canberra (2020) Uploaded to Wikimedia Commons

Know My Name Program & Campaign Manager Jessi England said the project helped the National Gallery understand that their collections and Gallery published material could be used as references on Wikipedia.

“For works and achievements by women and culturally diverse communities, that has flow on effects beyond publishing for ourselves. Those are really important reference points for places like Wikipedia to be able to demonstrate the profile of women artists and First Nations artists,” she said.

The partnership has seen more than 115 new pages created about Australian women artists, easily reaching the initial target of 100 pages.

“Now when people try to find information about female artists, they'll have much more at hand,” Pascal said.

Know My Name sits within a broader movement of initiatives tackling gender equity on Wikipedia such as Art+Feminism and Women In Red. Despite these efforts, it’s not just articles on women which need attention, as Wikimedia Australia’s Executive Officer Caddie Brain said.

The Know My Name partnership is ongoing. You can read more here.

Retrieved from "https://wikimedia.org.au/w/index.php?title=Writing_wrongs:_Giving_women_artists_their_rightful_place_in_history&oldid=17684"
Discuss this page