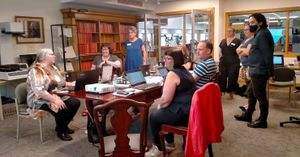 The Australian Women in Religion Edit-a-thon in March 2021

Retrieved from "https://wikimedia.org.au/w/index.php?title=University_of_Divinity&oldid=19619"
Discuss this page